The European Society of Anaesthesiology recently published some guidelines for the prevention and treatment of postoperative delirium, which will allow the preoperative identification and handling of patients at risk, ensuring the adequate intraoperative care, the postoperative detection of delirium and the management of delirious patients.

This useful document aims to promote knowledge and education in the preoperative, intraoperative and postoperative setting not only among anaesthesiologists but also among all other healthcare professionals involved in the care of surgical patients. Indeed, considering that many medical disciplines are involved in the treatment of surgical patients, this guideline suggests a team-based approach to be implemented into daily practice.

You can read the full article here:

'The invisible cure': A Surgical Oncology Cover Story from CancerWorld 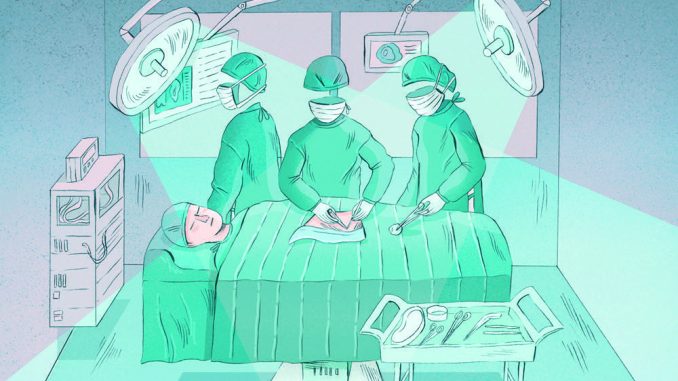 Given that quality surgery is a crucial cancer treatment modality, why has research on cancer surgery been widely ignored by the media so far? Anna Walstaff tries to answer this very important question in the latest cover story on the September issue of the magazine CancerWorld titled ‘The invisible cure: should we be talking more about cancer surgery?’.

Looking at numbers, stories about oncology drugs dominate indeed the media coverage of cancer (accounting for around 20% of all coverage), followed by topics such as lifestyle, genetics, food and work-related risk factors. In spite surgical oncology is a key factor for cure – the vast majority of patients are cured by surgery, and only 5% or 6% by medical oncology – the contribution of this discipline is overlooked by the media, patients take the quality of their surgery for granted, and “funders pour resources into discovery of new medical treatments while efforts to push the boundaries of what surgery can achieve are held back by lack of basic financial support”.

In this very interesting article several experts – including ESSO Past-President Riccardo Audisio, ESMO President Fortunato Ciardiello, and the head of the Ukrainian LISOD Centre for Contemporary mammology Andrii Zhygulin – share different perspectives both on the public focus on the cancer drug agenda and on how to recognise the contribution of surgery in general cancer care.

Interview to ESSO Past President

Professor Riccardo Audisio, Past President of ESSO, gave an interview to ecancertv about education and the current standards of cancer surgery.

Oncology is multidisciplinary. By definition

Professor Santiago Gonzalez-Moreno, ESSO President, has written a blog within the European Medical Journal on the multidisciplinarity of Oncology.

"Cancer is a multidimensional and multifactorial reality. Starting at its very biological roots, the cancer cell needs the conjunction of different molecular and genetic events only to exist and more so to progress into a detectable and threatening disease, as elegantly expressed by Hanahan and Weinberg in their acclaimed paper “The Hallmarks of Cancer”. At the clinical level, the diagnosis and therapeutic management of cancer is a mirror image of the complexity and diversity of the disease at the biological level. Targeting only one of the various elements involved in cancer inception and promotion, even when it could leave us with a false sense of transient success, is not enough to eradicate the disease. Biology once again shows us the clues of reality at other levels. ..."

The Future of Cancer Treatment

Professor Graeme Poston, ESSO Past President, contributed to a UK campaign on ‘The Future of Cancer’. Prof. Poston commented on the current state of play and the developments in the future of cancer treatments.

"Cancer affects 1 in 2 of the population and cancer awareness has never been stronger. Although cancer tends to be a disease of ageing, older people are generally fitter than before. Therefore our aim continues to be to detect cancers at an earlier stage (when surgery is more effective) by screening and education, and to improve fitness so more people can be offered more effective potentially curative treatments such as radical surgery. Surgery remains the most effective treatment in curing cancer, 60 per cent of those cured of cancer are cured by surgery alone, and surgery plays an important role in 30 of the remaining 40 per cent. ..."