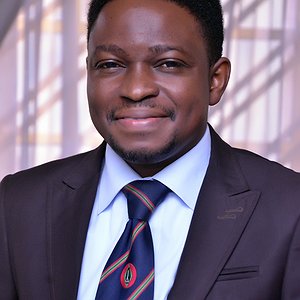 Dr Ademola Adeyeye is the first European Board Certified Surgical Oncologist from Sub-Saharan Africa and was nominated as the Nigerian National representative of ESS0-EYSAC in October 2018. He graduated with honors as the best medical student from the University of Ilorin in 2004. He had his internship at the Baptist Medical Center, Ogbomoso in 2005. His mandatory Nigerian National Youth Service was in Delta state(2006), where he received the distinguished Governor award and commendation. Ademola had his residency training in General Surgery between 2007 and 2012 at the University of Ilorin teaching Hospital, Nigeria. He served as chief resident of surgery and was annually recognized as the best resident in surgery during this period. He became a fellow of the West African College of Surgeons in 2012. Demola had fellowships in Minimal access surgery (FMAS;2013) and HPB surgery (FHPBS;2015) in India.He is a Hospital consultant surgeon at the University of Ilorin Teaching hospital (2013-till date) as well as a Lecturer in Surgery at Bowen University, Nigeria(2014-till 2017) and an associate lecturer in pharmacology and Oncology at the University of Ilorin, Nigeria(2012-date).He was a recipient of the Soudavar fellowship in surgical oncology at the Memorial Sloan Kettering Cancer center,New York,USA in 2015. He was also a research fellow/visiting Investigator at the Brennan laboratory,Sloan Kettering Institute,NY,USA in 2015. Ademola was a Visiting Clinical Fellow in HPB and Surgical Oncology to the University of Heidelberg in September 2017.He was a recipient of the European society for Surgical Oncology training fellowship in Colorectal Surgery as a Visiting Honorary fellow to the University Hospitals of Leicester NHS trust, UK in 2018.Ademola has attended specialized courses in trauma surgery(ATOM),trauma care(ATLS), GI endoscopy, advanced laparoscopy& stapling as well as HPB/Oncology in Ghana, India ,Austria,Germany, Spain,Switzerland, Hungary and the UK. He is a member of a number of illustrious professional societies including European society of Surgical Oncology(ESSO),the European-African Hepatopancreaticobiliary association ( E-AHPBA), Society of American Gastroinestinal and Endoscopic Surgeons (SAGES), Association for Academic Surgery(AAS), American Association for the Advancement of Science (AAAS),Society for Interventional Oncology(SIO) and World association of laparoscopic surgeons (WALS). His research interest include Surgical oncology, GI/HPB surgery, laparoscopy, endoscopy and academic surgery. He has made paper presentations at both National and International conferences. He has scientific publications in both National and International Journals. Ademola is a member of the GlobalSurg international collaborative and has participated in various NIH-funded pioneering research projects in GI endoscopy and Colorectal cancer in Nigeria as a member of the African cancer Research GrOup(ARGO). He is currently a site Principal Investigator ( PI) for a NIH funded research grant on ;point of care,real time urine metabolomics test to diagnose colorectal cancers and polyps in low- and middle-income countries. He is a Co-founder of Lifefount Health Voice Foundation as well as the Chairman,Board of Trustees, Lifefount International Hospital. He is married to Dr (Mrs) Rebecca Oluwayemisi Adeyeye, a medical enterprenuer and public speaker. They are blessed with two lovely children:Adesewa and Adejola.