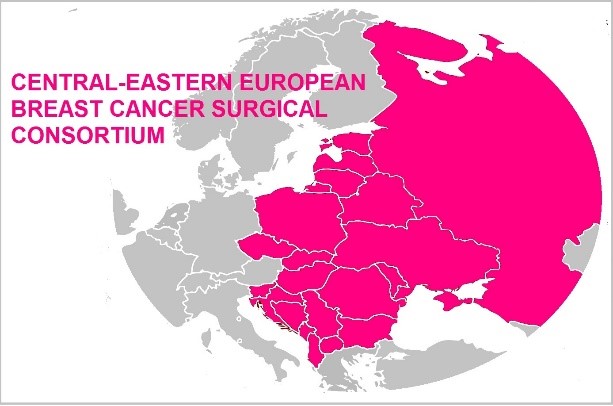 The official Inaugural Session of the Central-Eastern European Breast Cancer Surgical Consortium (CEEBCSC) was held at the 38th ESSO Congress on Wednesday 11th of October.

Breast cancer, the leading cause of female morbidity and mortality, is a global health problem. In Europe the introduction of populational breast screening programs, the establishment of standards for the training of specialised health professionals dealing with breast cancer, the standardised requirements of breast units or breast centres, the quality indicators in breast cancer care, the evidence based medicine and the international consensus conferences have succesfully created, audited effective European breast cancer care systems, supported by the European Parlament as an essential part of the major public health goal.

Different incidence, mortality and survival rates are due to different risk factors, availability of organised screening programmes and oncological health systems, especially access to special breast units and centres represents the differences between the regions and countries of the continent.

Differences in national health policies, in healthcare systems, in economical and financial resources, in risk factors and cultural and historical traditions could have been counted as co-factors, responsible for worse oncological results in the developing countries of Europe.

In order to facilitate the evolution from the level of general surgery to the specialised oncoplastic breast surgery in Central-Eastern Europe association of authoritative national institutes, clinics and centres such as well experienced professionals should optimally join in a common scientific and clinical platform to increase the efficiency and speed of modernization of breast surgical care in countries of Central-Eastern Europe.

Therefore in 2017 the Department of Breast and Sarcoma Surgery of the National Institute of Oncology (NIO), Hungary initiated the establishment of an official CEEBCSC, and determined the main goals and sought (and is seeking) partners to join and actively contribute to accomplish the professional goals.

The main aims of the initiated Eastern-European multinational association are:

The Dept. of Breast and Sarcoma Surgery, NIO as founder propose the following activities to be completed together with partner institutes:

In Central and Eastern European countries, where economic and health-care performance is relatively weak, social organization and the emancipation of women are still emerging, the evolution of breast cancer surgery is mandatory. The establishment of a well perfoming Eastern-European association allows us professionals to make active contact, science, clinical practice with joint facilities to let us give the best surgical care to our breast cancer patients. 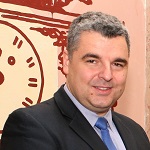