The Future Meets the Past: Perspectives from ESSO Honorary Members 10/01/2017

During the past ESSO 36 Congress in Krakow, we had the unique opportunity to interview the recipients of two ESSO prestigious awards: Professor Luigi Cataliotti, who was awarded the ESSO Lifetime Achievement Award, and Professor Niall O’ Higgins, who received the ESSO medal.

Over the years, these outstanding ESSO honorary members embodied the shared vision and values of our Society and acted as role models for all surgical oncologists in Europe.

Quality Breast Cancer Units: An Undeniable Right for Every Woman

Passionate about finding better cures for breast cancer, Professor Luigi Cataliotti (Italy) received the ESSO Lifetime Achievement Award for having set new standards in Europe for women suffering from this deadly disease. Together with the late Professor Umberto Veronesi, Cataliotti contributed to the famous “Florence statement”, a consensus statement affirming that all women should have access to specialised multidisciplinary breast cancer units. 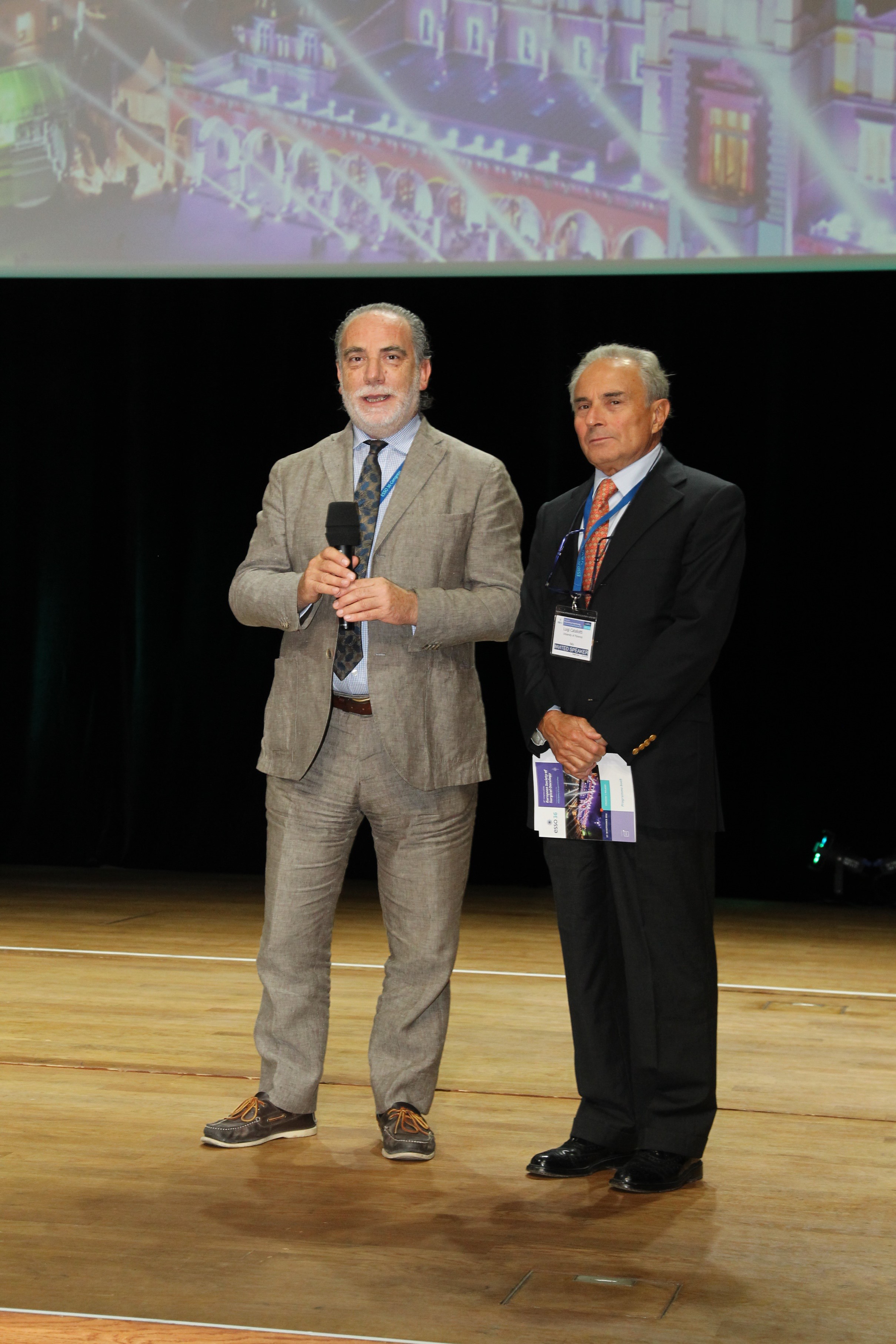 Cataliotti has been a member of the Board of ESSO for 16 years (from 1992 to 2008) and ESSO President in 2005-2006. During his presidency, he stressed the importance of increasing the number and scope of cross-border exchange opportunities for young surgeons. He’s been also Board member of ECCO, leader of the Steering Committee of the Breast Group of the European Organisation for Research and Treatment of Cancer (EORTC), as well as President of other cancer societies (such as EUSOMA, the European Society of Breast Cancer Specialists; ‘Senonetwork Italia ONLUS’; and BCCERT, the Breast Centres Certification).

His career was remarkable: chair of many congresses and winner of several scientific awards and recognitions, in 1998 Cataliotti organised the first European Breast Cancer Conference (EBCC) in Florence, together with experts the likes of Umberto Veronesi, Martine Piccart, and Emmanuel Van der Schueren. While organisers were only expecting 800 delegates, this first EBCC welcomed around 3,800 researchers, clinicians and – most importantly – many women from 70 different countries, all having in common an interest in these types of cancers and the willingness to discuss treatments together. 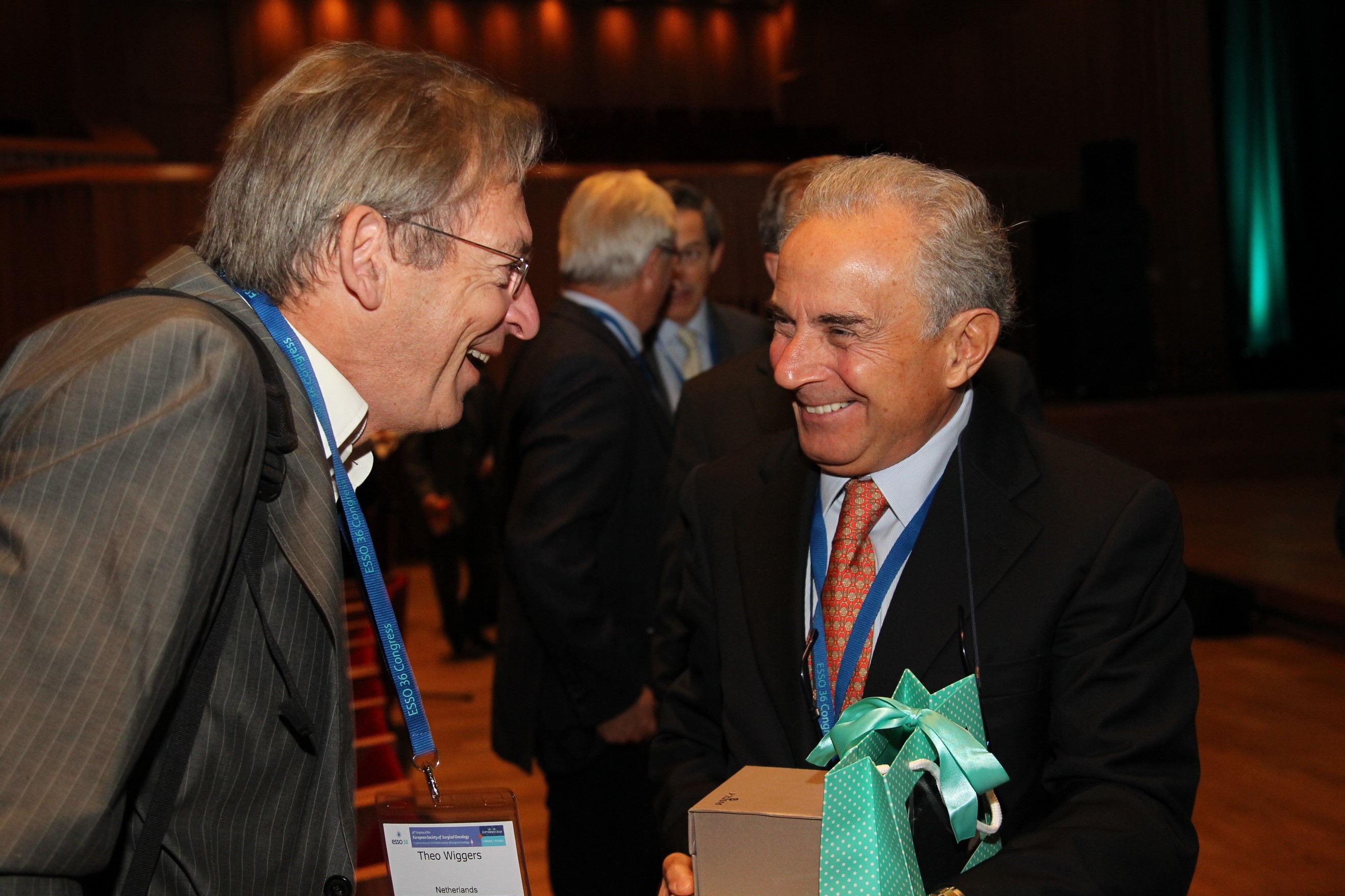 “Multidisciplinarity was a new word at that time” explains Cataliotti, and it is on this occasion that participants gave consensus to the Florence statement. Together with his collaborators, he then contributed to the joint efforts of EUSOMA and EORTC to further develop this idea, setting the minimum requirements for a specialist breast cancer unit across Europe, the so-called “EUSOMA requirements”. In 2003 he presented these findings at the European Parliament, and this resulted in a Parliament Resolution the same year affirming that all EU countries should organise breast cancer units according to these requirements. These requirements also recommend a system of evaluation of the quality and efficacy of the breast units and to have very specialised staff working in the unit. Over the years these requirements were further developed – for instance, explaining in detail all the theoretical and practical knowledge required from staff members – and in 2003 Cataliotti became the President of the European Breast Centre Certification, a recognised certification body for breast centres following the EUSOMA guidelines.

Today, Professor Cataliotti still strives to guarantee the best possible treatments to all patients. As current President of BCCERT, he travels across Europe to objectively assess the quality of breast units, and he also founded “SenoNetwork”, a network of approx. 120 breast centres aiming to offer the same opportunities to all Italian patients. It is in his own country where Cataliotti indeed found huge disparities in the quality of treatments, with a more advanced Northern part of the country and a South where 30% of patients are not treated the right way. He was thus asked by the Italian Ministry of Health to write a legislative text in 2014 to organise the Italian breast cancer units, effectively evaluate their quality and connect them with a reference network in the Italian context. Finally, when asked about his suggestions for the future of ESSO, he thinks that more specific and organ-focused scientific updates as well as an increase in the collaborations with EORTC and similar societies could help to increase the amount of surgical oncology research in Europe.

Education is at the Core of What We Do

At the ESSO 36 Congress, we also had the opportunity to meet with another famous personality of our discipline: Professor Niall O’Higgins (Ireland), who received the ESSO Medal for his outstanding contribution to surgical oncology. 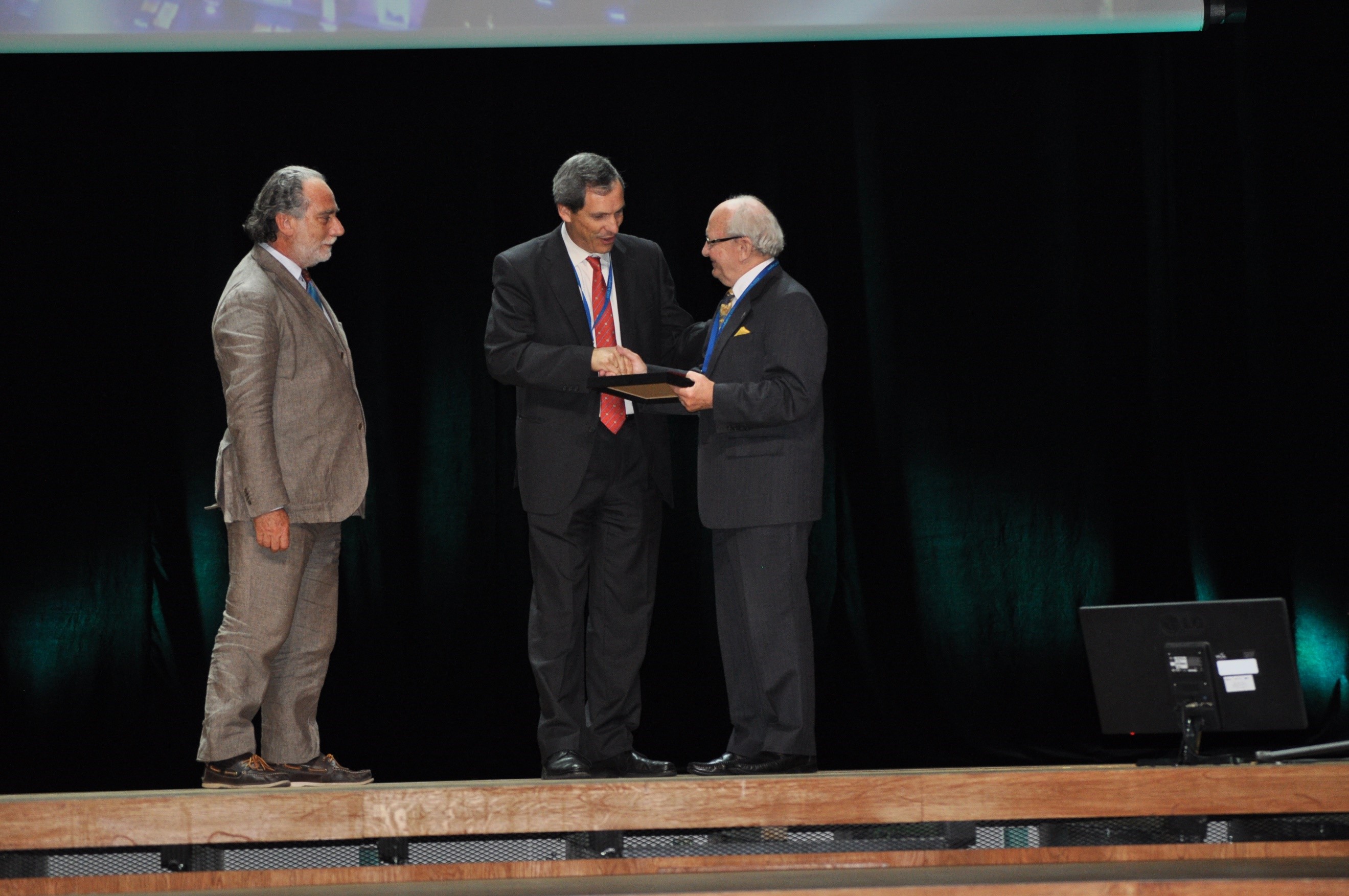 With over 300 medical scientific publications and tens of awards and recognitions, Professor O’Higgins is a renowned authority in oncology, breast cancer, surgical endocrinology and surgical training. Head of the University College Dublin Department of Surgery for 30 years made him very aware of the twin responsibilities to enhance standards of clinical care and to influence the education of medical students. “Clinical research is an intrinsic component of each of these obligations” says O’ Higgins, who also played an active role in preparing national programmes for liver transplantation and for cancer care, in developing guidelines for breast cancer services, both for screening and symptomatic, and in assisting government in implementing these policies.

His decision to pursue a career as surgical oncologist was inspired by several people in his life: his entire family instilled in him the value of public service – many of them were involved in volunteering activities – while during his medical student days two of his teachers imbued him with great enthusiasm in surgery. Currently Professor of Surgery Emeritus at the University College of Dublin and Chairman of the University of Limerick Hospitals Group, Professor O’Higgins has been President of ESSO from 1994 to 1998, as well as President of FECS/ECCO in 1997-99. At that time, ESSO was a much smaller society; he comments “it’s been a pleasure for me to see it grow in influence and in the diversity of its activities over the years, in particular as concerns education”.

O’Higgins strongly believes indeed that education about the importance of high quality surgery in cancer care is at the core of the ESSO mission. Students’ education and training has also been the ‘leitmotif’ of his professional life: “When I became a full Professor at University, my duties were related on how to train and support students in surgical disciplines, and I discovered the importance to give as much encouragement as possible in their studies and endeavours. Everybody needs a mentor”. Indeed, O’Higgins had the chance to meet with three individual mentors after his studies, who taught him the importance of focusing on the individual needs of patients and the importance of ethical and respectful clinical research. Also, to encourage young researchers, the Award for the best oral presentation in the Proffered Papers Session of the ESSO congress has been named after Professor O’Higgins.

When asked how to bridge the gap between minimum standards of care across Europe (the overarching theme of ESSO 36), he answered “by providing substantial evidence that the differences between mediocre and high-level care can represent huge differences in mortality outcomes”. Inequalities in access to quality care vary from service to service, from hospital to hospital, and from country to country, and in his opinion societies like ESSO should find convincing arguments for Governments to establish specialised cancer centres at every level. “Both the public and the politicians understand evidence-based arguments, and have an obligation to act” he concluded.

His vision of multidisciplinarity in the management of cancers is also based on evidence. In his opinion, “multidisciplinarity” is an extremely important concept, but it is often misunderstood and it demands a lot of efforts to become something concretely working in the clinic. In his opinion, today there are too many separate training programmes for each clinical specialty – e.g. medical oncologists, surgical oncologists and radiation oncologists are trained separately with little or no cross-disciplinary training – while interdisciplinary courses and common training schemes would be needed to make this concept a reality.

O’ Higgins recently reported that “I am delighted to report that this proposal was unanimously approved and recommended by the European Commission Expert Committee on Cancer Control” and, thus, recommendations in this direction could be adopted by cancer training bodies in the EU and endorsed by Member States. The proposal of this international collaborative training arrangement is also on the agenda of the multidisciplinary joint committee in oncology of the European Union of Medical Specialists (EUMS) and of other cancer societies. It is hoped that this recommendation can be officially endorsed by as many stakeholders as possible in the months ahead and implemented by the oncology training organisations in each member state of the EU. Professor O’Higgins kindly agreed to answer in details many of our questions in a full interview, that you can read here.

In conclusion, we would like to take this opportunity to thank both Professor Cataliotti and Professor O’Higgins, honorary members of our society, two renowned medical figures who exceptionally contributed to the development of Surgical Oncology as it is today.