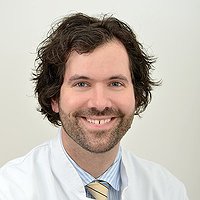 Andreas Brandl was born in Neustadt a. d. Aisch, Germany in 1980. He finished Medical University in Munich in 2007. He completed his surgical training in Garmisch-Partenkirchen, Germany and at the University Hospital of Innsbruck and specialized in Visceral Surgery in 2014. In 2015, he started as a specialist in Charité-Universitätsmedizin Berlin, focusing on surgical oncology of gastrointestinal malignancies, especially peritoneal surface malignancies. In July 2016, became deputy head of the centre of peritoneal surface malignancies of the Charité Berlin (head: Prof. B. Rau). He extended his surgical training at the Peritoneal Malignancy Institute Basingstoke, Great-Britain, granted by ESSO fellowship (2017), and at the Peritoneal Metastasis Center, Kishiwada Tokushukai Hospital, Osaka, Japan, granted by DGAV travel scholarship (2018). Andreas is a Fellow of the European Board of Surgery (Surgical Oncology) and received the European Certification of Peritoneal Surface Oncology in 2019. His main research interest are peritoneal metastases of gastric and colorectal cancer. Since 2019, Andreas works as a surgical oncologist in the Digestive Unit at Champalimaud Foundation, Lisbon, Portugal.

Andreas joined the ESSO Young Surgeons Alumni Club Steering Committee in 2017 and was appointed Chair in June 2020. His mandate will run from October 2020 to October 2022.