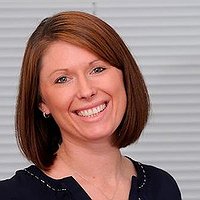 Gemma Applebee started her professional experience in the United Kingdom, she then moved to Brussels in 2004 where she became a Secretary in an international law firm.

Gemma became the Society Administrator for ESSO in 2011 on a part time basis and then the Society and Membership Co-ordinator. She was responsible for the ESSO membership, the Young Surgeons Alumni Club, the ESSO website, the meet the expert webinars and assisted in the daily running of the society which includes organisation of ESSO events.