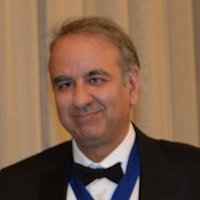 Mr Hassan Malik is a Consultant Surgeon at Liverpool University Hospitals NHS foundation trust. He is a surgical oncologist with an extensive hepatobiliary and retroperitoneal sarcoma operative experience. He obtained his medical degree from Glasgow University in 1992. He passed the FRCS exam in 1996 and was awarded a M.D from the University of Glasgow in 2000. He is a fellow of the Fellow of the Royal College of Surgeons of England.

Mr Malik has also led development of an active research programme that has links to University of Liverpool; the Liverpool clinical Trials Unit; MRC centre for drug safety; Royal Liverpool University hospital; Clatterbridge and the Christie Oncology hospitals. He has supervised a number of PhD and MD students, is the PI of 6 clinical studies and has in excess of 100 publications within his field of interest. He was awarded an associate professorship from the University of Liverpool in 2019.